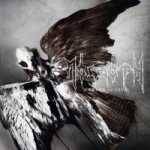 I wouldn’t really consider myself a big fan of reunions, especially not when bands split-up at one point in their career, simply because they lose interest (for whatever reasons) in the music they originally created. And reunions in the Thrash and Death Metal genre are even harder for me to swallow, since the uncompromising aggression of a young teenager, that still played this music straight from the heart can never be re-captured many years later by a grown-up man, that works a 9-5 job and already lived a regular family life for several years. Needless to say that I was very sceptical concerning the reunion of Germany’s MORGOTH as well… You gotta remember that they had even ended their career with an album, which already showcased a band that had turned its back on the Death Metal genre completely ("Feel Sorry For The Fanatic"). But in 2011 MORGOTH returned into the spotlight again anyway, playing a couple of selected shows with 3/5 of the original line-up (vocalist Marc Grewe, as well as Sebastian Swart and Harry Busse, both on guitar) and a setlist that featured mainly crowd favorites and classics. This 2CD + DVD boxset is almost exclusively dedicated to those reunion shows, with the main focus on the band’s appearance at the "Way Of Darkness Festival", which is featured on here in its entirety (on CD as well as on the DVD). The second CD has selected songs from the "Rock Hard Festival" and "Wacken Open Air" shows on offer, while the DVD gets completed with the four MORGOTH promotional videos from 1991 – 1997 and two songs each from their shows in Wermelskirchen (rather poor, youtube type quality here) and (again) from the "Rock Hard Festival" (courtesy of a Rockpalast TV broadcast). Like I already said, when it comes to the setlist, the band pretty much focused on their early material, which was certainly a wise decision. The reason why I still didn’t enjoy this as much as I probably would have many years ago is first and foremost how vocalist Marc is performing the old songs these days. When MORGOTH originally started out, he was nothing but pure Death Metal, the German answer to early Chuck Schuldiner or John Tardy to me. But already with the "Odium" album, he started to sound more Hardcore influenced and unfortunately that still shines through a lot these days. But people seem to like it nevertheless, so who am I to complain?! The packaging of the boxset is really impressive (if you own the ASPHYX "Live Death Doom" boxset, you’ll already get an idea of what to expect) and the sound quality is pretty good as well, so there’s probably nothing wrong in purchasing a copy, if you’re a fan of the band. A teaser can be found out at this location, for all further info check out www.morgoth-band.org, www.facebook.com/morgothofficial or www.centurymedia.com