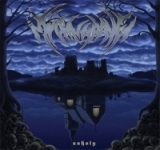 Just five songs on this mini-album, but those five songs got more power and dedication than a full-length release by one of those dispensable mediocre acts within the extreme Metal scene. MY OWN GRAVE presents us their vision of Death Metal. Fast played, short breaks, razor-sharp riffs with some kind of Thrash Metal influences, precise, head-shot like guitar-solo attacks and vocals combining both the classical deep tuned Death Metal growls and more aggressive shouting. Damn! Why did I not notice this band before, they already got a full-length released, named “Unleash” in 2006. I wonder if they already performed such a superb Death Metal on their debut, and the sound-bits on the bands homepage from that album are really impressive and make me feel I have missed something. The obvious reason why the debut is almost unknown to the Metal scene was their former label getting bankrupt, so hopefully MY OWN GRAVE will escape in the future such problems and keep up their excellent work. www.myowngrave.com