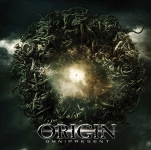 Usually, when I am in front of a band that is described as technical brutal Death Metal that is more than enough for me to lose any kind of interest. The reason is quite simple, most of these bands tend to sound too much like Deathcore and are usually a blur of clinically performed riffs and tempos with no sense whatever for a traditional form of a song. Oh, and add to that a frog like vocalist. Brutal Death Metal can be interesting if played and recorded with some certain conditions that allows one to listen to actual riffs and that those riffs are interesting and not just a collection. On the other hand, the word technical seems like an abomination used in Metal. It usually means that some gifted guitar players and performers want to show how good they can play their instruments, but alas, meaning also they cannot create a good simple song. So, when terms, brutal Death Metal and technical Metal usually cross, for me it is a snooze fest. Blast beats, guttural vocals, weird breaks, but not one coherent song. Unless they have the genius macabre sound of GORGUTS or OBSCURA, which although similar, they are really in another realm. Hey, I said usually…in this case ORIGIN proves me that sometimes things can be done right in both areas. They do play brutal and almost with surgical precision, but their songs tend to flow quite well. Yes, they use a low growling vocalist that once in a while changes a bit to higher pitched screams and whilst the performance is very good, it is still at times direct, so it is not just an exposition of good musicians. Still, sometimes the snare drum sound too triggered, and production sounds a bit too compressed, and the vocalist could use more variations, and there is a slight Hardcore touch that to my taste is a bit out of place, yet at times it does gives them a more old school Grindcore touch à la TERRORIZER like in the song ‘Redistribution Of Filth’. I think that if the band leaves behind the more Hardcore / Grind influences and uses a more obscure aura, they will be a lot more interesting, something done in a less brutal way, but with a similar approach as Polish heroes SCEPTIC or NECROPHAGIST and yes, later DEATH. Fans of the more brutal Death Metal style, will surely like this one and praise it, as this one has really a lot of power and even if technical, they do sound very direct and in your face. By the way, they close the album with a S.O.D. cover, maybe a weird choice but sounds good the way they did it. www.facebook.com/origin, www.agoniarecords.com