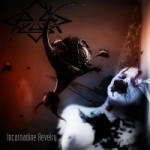 PYURIA is a relatively old Finnish Death Metal combo that has been around since 1996, and released 3 full-length studio albums thus far – off which their latest collection of grinding Death Metal terror, carries the title "Incarnadine Reverly", containing 8 tracks. If I compared the band’s previous opus "Oubliette Ontology", that was released for 5 years ago – in 2007 precisely, to bands like NAPALM DEATH, SEVERE TORTURE, PYREXIA and partly even UK’s finest gore gods CARCASS, on "Incarnadine Revelry" PYURIA has done some facelift as far as their new songs are concerned. The band has – at least partly, adopted a similar dark, unorthodox and heavy approach to their Death Metal that bands like MORBID ANGEL and especially IMMOLATION, have both successfully used within some of their songs and records. Also, growler Matti Liuke (ex – TORTURE KILLER) is definitely a great addition to the PYURIA ranks, simply adding more power into PYURIA’s crushing, Death Metal performance. However, I cannot help it a bit but I do have a slight problem with this record – despite some good musical improvements the guys have accomplished on "Incarnadine Revelry". I mean even if they have bits and pieces on this new record of theirs that are really far away from some sort of suckitude level, unfortunately the songs tend to grow old a bit too soon. "Incarnadine Revelry" is like a chewing gum; first it tastes damn good but after a while you want to spit it out from your mouth. It becomes tasteless and in the worst case scenario, even repulsive tasting. On the other hand, when it was said the guys have made some clear musical improvement on "Incarnadine Revelry" in comparison to their previous album, one may still be curious enough to give a fair bite to "Incarnadine Revelry", just to find out an expiration date for it. More can be found at: www.pyuria.com, www.violentjourneyrecords.com