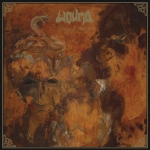 German Death Metal outfit WOUND formed in 2011 and released one demo, a split and 2 full length albums. “Serpent Crown” is their third album. The production got me from the start. It’s punchy and massive. There are no harsh high frequencies and the mastering lets a lot of nuances come through. The mix is steady and every instrument has its own place, not sitting on top of each other. Now onto the music. Upon first listen, I can tell that WOUND has managed to create a solid album, with some influences from the “other” bands that lead the NWOSDM back in the day. And by others, I mean the ones that were not following the trend. Bands such as INTERMENT, THE CROWN, EUCHARIST and the likes. So yes, WOUND has that familiar, yet original sound. Their main focus is on massive yet melodic riffs, slow to blast beat-like tempo changes and “airy” leads. Both guitar players, Søren and Florian, trade off riffs reminiscent of early AT THE GATES. The harmonized parts really stand out. Alex’s bass lines pop up every now and then adding yet another interesting phase in their sound. Drummer Johannes not only takes care of keeping up with the tempo, but his performance is classy to say the least. He knows when to add or subtract from his drumwork to let the songs shine through. Christian’s vocals round up the album, providing anything from deep growls to mid grunts and low spoken parts, accenting and highlighting segments when needed. “Serpent Crown” is a solid melodic Death Metal album full of different aspects and angles, which makes for a really enjoyable and captivating listen. This 2 CD version, released by the fine label Ván Records, includes their “Confess To Filth” demo 2012 and one non-listed extra track, which judging by the sound, one could assume is a live rendition of one of their demo songs. Contact the band at www.facebook.com/wound.deathmetal and get their album from www.van-records.com