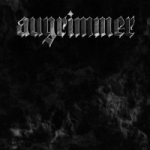 From the moniker alone you know this band is Black Metal, right? I mean what else could it be? The band’s name could draw only that conclusion. What it actually means is anyone’s game. Sounds made up, who knows? Who cares? Mayhaps it’s SPINAL TAP-ish and means "None more Grim" or for that matter mayhaps it means "Those that wish they were from Bergen instead of boring old Bayem…" And that actually could be. As this demo / CD is rife with only one law in mind and that is to sound as close as humanly or inhumanly or better said still… As close as Panda-ly possible to IMMORTAL as might be made. Without actually crossing the intellectual property line so as not to be sued outright by Nuclear Blast Records! Every inch of this four tracker reeks of IMMORTAL. Even from the very start, the opening first song, its title alone ‘At Winterdawn’, for crying out loud. The melodic riffs that begin this song, their structure and delivery (… even if strangely and tonally reminiscent of ‘Planet Caravan’, but we won’t get into that..) to the end riffs of ‘Saturn The Solitaire’, the CD’s closer. Yes, more fuckin’ IMMORTAL than I think Demonaz could stand if he heard this disc. Most definitely more than I can take, and without a doubt more IMMORTAL-isms than the law ought to allow! IMMORTAL still lives! IMMORTAL still draws breath! I am shocked at the fact that the only thing not IMMORTAL about this band is the logo of AUGRIMMER! Were you all tired on that day not to draw something similar?! As we all know every single song within IMMORTAL’s discogragphy, is yet another stake in the heart of BATHORY. This begs the question as to why would anyone want to start up essentially a tribute band to these panda-fied con artists of the great northern wastes? IMMORTAL tread a path already blazed a decade prior to their inception and blazed by a better man than any of you, better than any that have been in IMMORTAL, will be in IMMORTAL or have successfully stolen from his ideas and have made a living off it! May the Devil rest Quorthon’s soul. Couldn’t you hacks of waited until IMMORTAL disbanded before you attempted AUGRIMMER? You make me sick! From this band’s Myspace site, AUGRIMMER hail BULLDOZER, LIVING DEATH and Hungary’s TORMENTOR. And I will agree granted these acts are amongst a plethora of obscure Black Metal, one decent Death Metal band (… who regret that they were so Black inspired at one time), an Asian whore and I think one or two True Metal acts. Be that as it may, there was for an instant that I honestly was hoping AUGRIMMER were just mistaken for calling Black Metal their style. And that they instead would have drawn blood from those corpses mentioned above, within those old cryptic realms, and given us something new and cool. Something other than what I was soon to be presented with. The fact is though, that AUGRIMMER do nothing more than sit on their ass, idle in Abbath’s parents’ backyard. Drunk at Doom’s feet, loitering on his back-steps, eyes glazed over, with grass stains on their jeans. Real soulless creeps looking up at Occulta’s mother in the window, wondering aloud why they couldn’t of been ripped from her swollen womb – than from that of their own mothers’. Contact: order@augrimmer.de or www.myspace.com/augrimmer or www.augrimmer.de