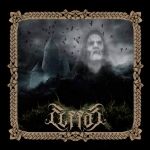 ELFFOR, creating synth driven dark and medieval atmospheres in the dungeon of Basque Country since 1995, guided by the ancient warrior spirit of Elffor. Since their initiation with the debut full length “Into The Dark Forest…” in 1998, till the release of “Impious Battlefields” in 2018, ELFFOR released ten studio albums of engrossing dungeon synth. Most of their albums were released independently which genuinely helped ELFFOR’s quest to release albums without any restrains, even two full length in 2018 – only justify the ever-flowing stream of creativity and imagination possessed by Elffor. Without any exception of their releasing style, ELFFOR is on the way to begin 2019 by releasing a compilation of their 8th and 9th full-length album – “Dra Sad” (2017) and “Dra Sad II” (2018), which will be re- released by GS Productions in 2 CD digipak format, limited to 100 copies. The first part of this compilation represents “Dra Sad” and opens this album with ‘Funereal Depths Of The Dark’. It welcomes us with sounds of a distant and reassuring wind, which are gradually joined by other sounds in a downy and harmonious way and this atmosphere will last for the fifteen minutes of the first song. The next one, ‘The Litany Of Abandonment’, of similar duration to the previous one, begins with engaging brushstrokes featuring a piano. This song could well be part of the soundtrack of a movie and it would sound just after having fought a victorious battle. It is the moment of ‘Kaosa Datorrela’, which maintains the same sinister atmosphere but more abrupt, gloomy and medieval which made it one of the most alluring and diverse themes of “Dra Sad”. ‘Dra Sad’, the last song of the album, breaks the gloomy atmosphere of the previous two songs, and now you feel the feeling of victory and tranquillity after. It is the shortest composition of the album, but also the most intense, because it brings a lot of energy and ends the first part with a lingering essence of inner jubilations. The second part of the compilation has “Dra Sad II”, where the whole concept takes a partly instrumental medieval ambient or dungeon synth direction, which is as important to Elffor’s project as the Black Metal subgenre and obviously such a move brings back mid nineties with all its glory and uniqueness, regardless that it is very difficult to drift away from the style introduced on fundamental recordings of MORTIS and SUMMONING. However, Elffor is about essence and atmosphere first of all, so these capturing numbers like ‘The Exiled Souls’, ‘Azken Tribua’ and ‘Neghu’, definitely bring the listener to the era of a dark medieval world with a equally esoteric and darkened atmosphere of dungeon ambience. The lyrical concepts of ELFFOR releases range from misanthropy, darkness, sense of exile and abandonment from the futile surroundings. Although in “Dra Sad” there are no lyrics and you will have four songs of long duration, the strength of the compositions has managed to evoke the solitude of the past landscapes, enveloped with a gripping and enticing atmosphere. If you have not heard ELFFOR but you are possessed by MORTISS and SUMMONING, then this compilation will expose you to a worthy reverence, which is evidently passionate and an imaginative take on this genre of craft and sound. Explore more about this band at www.elffor.com and https://elffor.bandcamp.com, or visit their label page www.gsp-music.com.