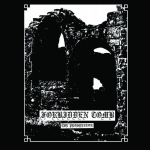 One thing about Heavy Metal and its different sub-genres I like are the cover artworks. Very often one look is enough to know the style and what the music sounds like. Of course the exceptions prove the rule, but in this case it is no surprise that FORBIDDEN TOMB are playing Black Metal in a very a raw and reduced form. DARKTHRONE albums like “Under A Funeral Moon” and “Transilvanian Hunger” obviously are, despite being about 30 years old, still a source of inspiration. By the way, that is exactly what constitutes brilliant albums, namely standing the test of time. But back to FORBIDDEN TOMB, hailing from Indonesia. Officially “The Prospector” is listed as a full-length album, which I find somewhat not amusing. The intro clicks at two minutes, the outro is one minute long. An album just over 20 minutes is a bit too short for my taste and wallet. And where we are now with the negative aspects, song titles like ‘Crypt I’ up to ‘Crypt V’ or simply ‘Unnamed’ let, in my opinion, miss a certain amount of dedication, even when I know it is a common approach for Black Metal bands. One aspect differs a bit from the typical Scandinavian second wave Black Metal. FORBIDDEN TOMB, unknown if one man project or band, are using extremely distorted vocals. It really makes me feel uncomfortable when listening with cranked up speakers. But I think that was done on purpose and makes this album standing out from the crowd of bland Black Metal bands. While I was writing this review I discovered FORBIDDEN TOMB already released a second album, called “Templum Impiorum” and four split releases and a demo compilation and I think it is definitely worth a listen for Black Metal fans. More information can be found here https://forbiddentomb.bandcamp.com or here www.facebook.com/morbidchapelrecords