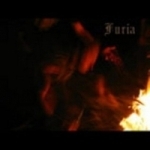 FURIA are a fairly recent Polish Black Metal band. Their debut was released in 2007, and with nothing else from them until now, this MCD on Pagan Records is the first anyone has heard of them in a good while. Like TAAKE, FURIA write long, epic songs with more than a little folk music intermixed into it. The band is fond of the slow approach, and of singing in Polish; something their forebears TORR, ROOT, and MASTER’S HAMMER did frequently to great effect (Mr.Shapiro… those are Czech bands – Frank). Keep your eyes open for FURIA. They’re good enough to make a few more dents in the Metal scene to come. www.let-the-world-burn.org, www.paganrecords.com.pl