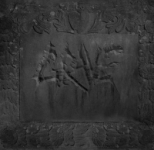 Honestly spoken, I’m not quite sure who’s supposed to buy this massive GRAVE boxset… I mean, ok – it’s a collector’s item, that is strictly limited to 2.000 numbered copies worldwide (a printed certificate with your own personal number is included) and the packaging is also pretty cool (the box itself almost looks like an old gravestone). But if you consider yourself a die hard GRAVE worshipper you’ll most certainly have most of its content in your collection already anyway… So, what you get here is 12 CDs and a DVD, each one of them in a papersleeve cover without a booklet or anything (those of you who already saw promo CDs will know what I’m talking about)… Instead you’ll get one massive booklet (66 pages!!) in the boxset, that features lyrics, liner notes by Ola Lindgren, demo- and album covers, pictures etc. which turned out very cool! But out of the 12 included CDs, 9 are regular GRAVE releases: "Into The Grave" (1991), "You’ll Never See…" (1992), "And Here I Die… Satisfied" EP (1993), "Soulless" (1994), "Hating Life" (1996), "Extremely Rotten Live" (1997), "Back From The Grave" (2002), "Fiendish Regression" (2004) and "As Rapture Comes" (2006). Even the excellent "Enraptured" DVD was already released by Polish Metal Mind Productions back in 2006… What I visually really like is the fact that the old GRAVE logo resurfaced on all of the album sleeves in a rather simplistic form again, replacing the stupid Photoshop versions or even the annoying ordinary letters that got used on the horrible "Hating Life" album (which means you’ll only find it on the equally shitty live album "Extremely Rotten Live" now). And talking of "Hating Life"… the album’s cover also got changed a bit, now only featuring the skull and not the members faces left and right next to it any longer… But let’s get back to the music now… The remaining 3 CDs are quite special though and probably reason to buy this boxset nevertheless: "Putrefaction Of The Corpse", which is a 13-song disc that features the 1986 "Black Dawn" demo by CORPSE (pre-GRAVE), 1989’s "Painful Death" demo by PUTREFACTION (a side project of GRAVE members) and the "Sick Disgust Eternal" and "Sexual Mutilation" demos from 1988 and 1989 respectively. Then there’s another 18-song disc entitled "From Obscure Infinity", which has the "Anatomia Corporis Humani" demo from 1989, the "Promo 1989", the 4 GRAVE tracks from the split album with DEVIATED INSTINCT and DEVOLUTION, the "Tremendous Pain" EP from 1991 and four additional songs from the EP session, plus a 1991 pre-production demo track. Ok, three of those demos were of course already included on the bonus CD of the "Back From The Grave" album and some others were used as bonus tracks for album re-releases at some point, but for this boxset all of the stuff got remastered which really helped to improve the sound quality! And last but not least this boxset also offers the audio version of the "Enraptured" live DVD, which wasn’t available as a single CD before as well (only as a part of the limited edition DVD + CD set at the time) and it showcases GRAVE in a very good shape again. So, I would have preferred to see a special release with only those last mentioned 3 CDs combined, instead of this one, which covers the band’s career from the very early days until their last album on Century Media. Still a very cool package for all those pure old school Death Metal maniacs among you who haven’t bought any GRAVE release yet… but are there really any out there? More info at www.grave.se, www.myspace.com/gravespace, www.centurymedia.com