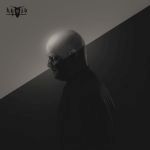 After a lengthy 8-year span between albums, KHOLD have returned with their brand of cold-hearted grimness Black Metal. I was a fan of the band’s first three albums but lost track of them in the grand shuffle of new music. When I saw that KHOLD had a new album out, I could not help myself from checking it out to see if the band had changed its sound drastically from what I remember. Let’s dive into this release and see what goodies we find. Cranking this off is the song ‘Apostel’, kicking things off with a Black’n’Roll guitar riffing that sets the tone for the rest of the album. The production is solid, all instruments are clear and crisp. The vocals are spot on with added sickness. The song structures have not strayed from the KHOLD formula and do not try to deviate from said formula. ‘Ødslet Blod’ is up next and it continues forward with more melody and a guitar hook that just captures the ear. Two songs in and this album has caught my attention just like the first three albums. If you are hoping for a 1000bpm War Metal album, look elsewhere as KHOLD focuses on more of a blend of melody and darkness in song writing / riff writing, but I get it when most people hear the words Black Metal, they just assume 1000bpm and all the songs sounding the same. Stand out songs for me were: ‘Ødslet Blod’, ‘Skarpretter’, ‘Manngard’ and ‘I Demonens Bok’. At times the guitar riffs reminded me of “Epigenesis” era MELECHESH. The guitar riff on ‘Manngard’ reminded me of DARKTHRONE’s ‘Transylvanian Hunger’ guitar riff. The albums wraps up with the ultra-downtrodden jam ‘Bryt I Udåd Ut’ which is a fine way to end the record with a dystopian feel. Overall, this record does not disappoint as it checks off a number of boxes in what someone would want in a Black Metal full length album. The band has had a 20+ year run that shows they have mastered their craft and have kept heads banging with their guitar riffs. Not many bands can attest to having a 20+ year career and stayed on their “A” game. Definitely worth checking out and hopefully the band does not wait another eight years for their next release (at least give us an EP every couple of years with some new material or covers). For more info: www.facebook.com/khold.official, www.facebook.com/soulsellerrecords