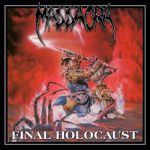 In the days of old, MASSACRA along with LOUDBLAST was the spearhead of French Death Metal. Their first three albums, released between 1990 and 1992, are classics of European extreme Metal of the early 1990s. After two more Groove Metal orientated albums in the mid of the decade, the band broke up in 1997 after the passing away of vocalist and guitar player Fred “Death” Daval, that gave his nickname a very sad meaning. Although the three classic MASSACRA albums were re-released a couple of times by several smaller labels, now all of them got a proper, so to say ultimate reanimation by Century Media. And it’s typical for Century Media that they are not doing halfhearted history lessons, so all of the albums are packed with bonus material. Furthermore, all music was carefully re-mastered and the packaging was spiced up with rare pictures, all in co-operation with the band’s guitar player Jean-Marc Tristani. A history lesson in the most luxurious way! But for all those too young to know MASSACRA from the days when they were around, I need to say that “Final Holocaust” is not concerned a classic without good reason. The debut album from 1990 shows the band in transition from the classic Thrash Metal band they were in their beginning to the more Death Metal orientated style of the following two albums. And it’s this walk on the edge that makes this album something special. Songs like the opener ‘Apocalyptic Warriors’ (with its epic intro), ‘War Of Attrition’ or the masterpiece ‘The Day Of Massacra’ are still thrashing the hell out of lame asses. Somewhere in the near of old SEPULTURA or THANATOS, the almost 50 minutes of the running time of “Final Holocaust” are not only a mere journey back in time, but still a joy to listen to. Unpolished and raw, merciless riffs and fucking thrashing drums – that’s the way I still like it! And the re-mastering even upgraded the ten songs! Very well done! As bonus tracks, we get no less than six tracks from “Final Holocaust” in live versions, recorded in France in 1990 as well. Of course these recordings are damn rough, sometimes the vocals are too much in the fore, but hey! Those recordings are historical and not really meant to be released. And these live versions of ‘War Of Attrition’ or ‘Final Holocaust’ really kick serious asses. Gem hunters who loved the latest THANATOS re-releases are welcome to check those of MASSACRA as well. If you still haven’t become friends with MASSACRA, here’s your chance to change this! www.facebook.com/massacrafrfanpage, www.centurymedia.com 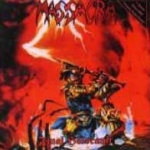 Fans of infernal Death / Thrash classics cheer up because with "Final Holocaust" an originally 1989 recorded deadly thrashing inferno is finally available again. Accompanied by a re-designed booklet, bonus material taken from MASSACRA’s demo "Nearer From Death" (1989) and some solid liner notes one of the most extreme releases from France back then has been re-released in adequate form honouring the intensity and charm of this band. Though I personally prefer their second album "Enjoy The Violence", "Final Holocaust" is an awesome utterly violent effort that presents MASSACRA still incorporating lots of Teutonic Thrash influences, as well as some parallels to early SEPULTURA, POSSESSED but already with pretty brutal, lower vocals tending more towards Death Metal traditions. The production is harsh, sounds as old as it is (in a positive sense of course), yet the unbridled force and unrelenting power the French quartet had in their beginnings is exactly what many bands lack today and make releases such as this a highly recommended addition to every collection. The sound quality of the demo is quite good, too, and musically, vocal-wise the raw aggressiveness of the three demo tracks is just excellent. To make a long story short, well-done re-release that offers truly classic material. www.sharkrecords.de/rustydiamond