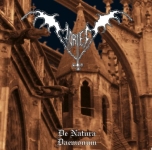 Lima, Peru’s MORTEM, also known as The True MORTEM just to set the record straight, are in my opinion, one of the most killer Death Metal bands on the planet. Since 1986, this legendary South American horde has tormented the underground with obscure, savage Death Metal based on dark superstitions. Released in 2005, the album “De Natura Daemonum” is a malicious outbreak of demonic forces and at the late date of this review, remains their most recent full-length. Stylistically, this is never slow or plodding or heavily down-tuned stuff. Instead, MORTEM deliver an incredible old school sound that is all their own within the greater architecture of pure Death Metal. With influences like prime SLAYER and POSSESSED, you can expect a sound akin to early MORBID ANGEL, IINCUBUS and PENTAGRAM, just to get you in the mood. Often mid tempo with churning riffs matched by double bass, they will frequently jump to faster tempos with gnarly sounding thrashing riffs. There’s no weak stuff here. Every riff has character and that is key to just how much this album kills from start to finish. Once the epic break in ‘Black Demons’ chimes its keys, your jaw will drop before your mind is totally torn asunder as insane whammy-torturing guitar solos explode on all sides in exquisite crescendos of sonic manipulation. Support these legends! These true gods of the underground! Hail MORTEM! (this re-release doesn’t feature any bonus tracks, but comes with an enhanced booklet, a completely new layout and a different cover picture – Frank) More information at www.facebook.com/pages/the-true-mortem-perú/151727424891464, www.iron-pegasus.com 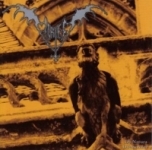 You had to wait almost five years untill the predecessor of “Decomposed By Possession” by Peru’s MORTEM was unleashed upon the worldwide hellbangers. I assumed already the worst case scenario that this old school Death Metal outfit vanished into thin air and split up. Luckily this didn’t happen. Thanks to Costa of Iron Pegasus the band is anno 2005 able to deliver us an absolute lethal dose of relentless, diabolic Death Metal again. I have no idea why, but everything sounds rougher, more bestial if bands from South America are playing this style of music. And that’s great! The squad from the Andes massacres like a horde of berzerkers through the ten tracks which are all in the tradition of late 80s / early 90s Death Metal and all wannabe bands outthere can give their instruments already to the junkyard. You will never be able to reach this feeling and the raw intensity. MORTEM absolutely know how a good song has to sound like. Every break and riff fits perfect. Raw and aggressive! The technical skills and level are top and that the band has the right attitude you can already hear from the first riffs. There are really not many bands out there anymore who are able to capture the feeling of this kind of Metal. Their furious assault is supported by the authentic production which even strengthens this old school feeling. The sound is excellent but without being too overproduced. The guitars are fast forward and have enough pressure. The merciless drumming will give you the rest. I don’t want to highlight any of the songs as you have to listen to the entire album. Warriors which can’t get enough of bands and sounds like POSSESSED, DEATH, old MORBID ANGEL and others must own this longplayer. “De Natura Daemonum” is a MUST for every old school banger. Hail to the Gods of Metal, hail to the Metal of Death!!!