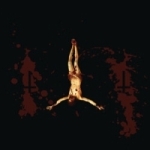 After several years of inactivity America’s most blasphemous and primitive Black Metal squadrone PROFANATICA is finally back with full force again. Apart from a live CD (released on Paul Ledney’s own label Necroscope Productions), the "Collection" compilation on Warhammer Records, their brand new album "Profanatitas De Domonatia" and the re-issue of the HAVOHEJ debut, there’s also some vinyl stuff on sale at the moment… So, being a die hard fan of this unholy trinity has without a doubt become pretty expensive lately. "Enemy Of Virtue" is another item that needs to be added to your shopping list now, even though it’s quite similar in its content to the "Collection" CD. But as the Warhammer disc was strictly limited to 1.000 copies, it might already be pretty hard to find, so in a way this here makes sense nevertheless. Apart from PROFANATICA’s two 1990 demos "Putrescense Of…" and "Broken Throne Of Christ", the "Weeping In Heaven" EP, the split EP with Columbia’s MASACRE and the 5 songs that were intended to appear on their Osmose Productions debut, this double CD set additionally offers the two songs off 2002’s "Broken Jew" EP, the previously unreleased "Passion Of A Liar" EP, a 1992 TOTEN (pre-PROFANATICA) rehearsal tape and a couple of live tracks from their show at the "Return Of Darkness And Evil" festival in Clifton, New Jersey on July 14, 2001. A biography, a handful of pics and all covers of the releases that are featured complete the visual side of a very cool compilation. My only little criticism is addressed to the layout of this release. Printing the biography and songtitles in dark red letters on top of the also very dark black & white pictures unfortunately makes everything very difficult to read… Oh well, at least the very heavy, high quality paper that was used for booklet and traycard makes up for this again. If your favorite mailorder won’t have it in stock, you also may order it directly from Hells Headbangers: www.hellsheadbangers.com