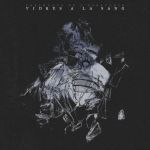 With “Fragments De L’Esdevenir”, the Spanish VIDRES A LA SANG presents the fifth album in their long running career. Yet their previous releases didn’t catch my attention, the name of the band didn’t ring a bell. And after listening to “Fragments De L’Esdevenir” I don’t think that this will change in the future. Of course the band from the region of Catalonia isn’t bad and the use of their native Catalan language gives them a certain uniqueness. Even the sound of VIDRES A LA SANG is really original, as it contains elements of Progressive, Black and Death Metal. But to me, the five long songs on the album sound too much like a jigsaw puzzle of ideas that too often don’t really fit together. Just like an uninspired mix of OPETH and MOONSPELL, with some odd moments. Maybe VIDRES A LA SANG is the band I didn’t know I never wanted to listen to. Just in case: www.facebook.com/vidresalasang, www.facebook.com/abstractemotions1995