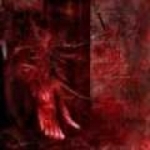 I’m sad to inform you that Xtreem has signed a few lesser good bands. However, with the Spanish Vidres A La Sang they’re onto something. Basically this album gives us Death Metal which lacks the necessary originality to be considered among the better bands. Their sound is powerful and sure gives us the aggression Death Metal should contain. They have some variation, though I think the monotony sets in after ‘La Terra I Tú’. The last three tracks show us that Vidres A La Sang still has a certain way to go. After all, fast Death Metal has been done by every other Death Metal before them. The thing with this band is the lyrics. The Norwegians did it in Black Metal (followed by numerous other countries), and a couple of bands have chosen another language than English. Panzerchrist had their German album, and now Vidres A La Sang sings in Spanish. I think this is cool, because it creates a little bit different atmosphere, and it is surprisingly brutal. Then again, I guess we wouldn’t understand shit even if the lyrics were English. As I said, the band still has a certain way to go, but they’re onto something and if they dare to include different elements to avoid the monotony, I’m sure their next album would result into a raised eyebrow or two. www.vidresalasang.com