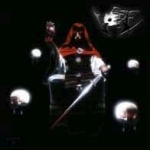 Some of you may still remember this band from the rather weak SEPULTURA tribute “World Of Pain” which came out on Dwell Records a couple of years ago. Well, even though that album mainly sucked pretty badly, VORE was an exception to the rule and definitely stood out. I still prefer their crushing version of ‘Inner Self’ over the original, which should already give you a little hint about the qualities of the Arkansas based four-piece. Unfortunately I neither got to hear their 1995 debut demo “To Devour” nor 1997’s six track MCD “Dead Kings Eyes”. But: guitarist / vocalist Page Townsley was nice enough to supply me with their brandnew offering, VORE’s first full length CD “Lord Of Storms”. So, what can I say other than that I still enjoy the band’s rather unique way of writing. VORE plays a simple form of pure fuckin’ Death Metal with little elements of good old Thrash here and there. Unlike the majority of bands in this genre they don’t use any blast beats or total speed at all but prefer to write midpaced to slow material. There’s a certain charme and atmosphere they deliver in their simplicity which I haven’t heard before. VORE concentrate on brutal, yet groovy rhythms (not meant in the annoying modern NU Metal vein of course!) and obviously try to avoid guitar solos (at least I can’t remember if there are any on the entire record)…(Hey man, there are however six guitar solos on the CD, not counting the acoustic piece of course – Page & VORE). In older reviews they partly got compared to OBITUARY, which I don’t entirely understand. On the other hand, both bands are using a similar songstructure, which somehow has its roots in early CELTIC FROST. But to avoid misunderstandings – VORE are neither a CELTIC FROST nor OBITUARY soundalike, it’s just that all three bands (did) write simple, but very effective brutal music. So, as you can see, it’s kinda difficult to categorize them properly. VORE definitely created something original, but still didn’t manage to keep me excited throughout the entire fifty minutes. Even though both guitarists are sharing the vocal duties some of the songs simply sound too much alike. For each song on its own their writing formular works out extremely good, but in total they have maybe limited themselves a little too much and therefore should consider to throw in something extra (like uptempo parts or acoustical stuff which they entirely used in the song ‘Opaque’). That way they would easily manage to come up with an overall more varied result without betraying their own style too much. For further details you can contact the band at: VORE, P.O. Box 8425, Fayetteville, AR 72703-0008, U.S.A., www.vore.org, e-mail: vore@vore.org