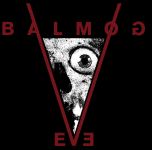 Formed in 2003 in Spain, this horrific band started playing brutal Black Metal with lyrics dealing with darkness, death and pest that have cursed humanity for ages. Some demos, EPs and splits after and they recorded their debut album in 2012, and have been keeping the spirit alive by a trinity of devoted musicians that started playing a lot better on their instruments and also developing their composition skills. They released two more albums after the debut and it is quite noticeable that they were not following any trend there. Their Black Metal was permeated with the darkest Death Metal not far away from bands like ARCHGOAT, NECROS CHRISTOS or OFERMOD, but with references to the best of the Greek, Swedish, American and Finnish Death / Black scenes. Until they release this new album, a major change is that they added a new fourth member as an additional guitar player. And they released a monster of an album. They stated that their sound now is no longer set to boundaries as many influences and musical styles are invoked in this new opus. They say Post Punk, progressive and avant-garde music is there, but their skeleton of Black / Death Metal is intact. The composition level is very high as well as the execution. They never lose their sense of dark and evil melody while always having that cryptic and evil atmosphere. Like that tense feeling just instants before a death-taking ritual is about to start. Yes, there are some riffs so great that this is scary. They have created a monumental album that needs to be praised for years to come. You can feel the influences there yet they have adapted them to their style in such a terrific way. I am now a big fan and I can only see this band becoming bigger. Contender for album of the year! More info at: www.facebook.com/balmog-365630056846060, www.facebook.com/waranthemrecords