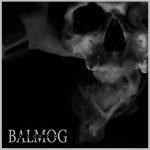 Evil… it works in mysterious ways… every time this Spanish band releases a new album, it is me who always gets it… even if they are assigned in a random way… but the Beast knows his game… as do these blasphemers on their third album where they have not left the path they choose… Black Metal of the occult order in the tradition of MAYHEM’s “De Mysteriis Dom Sathanas” with bloody drops of evil Death Metal… something that works for them and as such, they have now done it with mastery. This time I find the production MASSIVE, in a very good and morbid way. It all sounds very heavy, yet at the same time there is that grim aura around. Also the band has a very interesting approach at occultism in their lyrics and this time it is no exception. Again we have a killer vocal delivery and those chaotic yet at the same time mystic guitar riffs and pounding drums to leave no skull untouched by the Beast that devours. The way that they manage to change from speed and tempos with such an ease is the mark of a band that has come to the point of finding their own identity and sound. Their style is quite similar to their neighbors and also a great band GLORIOR BELLI, yet BALMOG is more macabre in approach in every sense. A killer album full of darkness, hate and despair and at the same time done with quality and vision… www.facebook.com/balmog-365630056846060, www.war-anthem.de

Julián “Vigil Of The Blinds” Núñez

Julián “Vigil Of The Blinds” Núñez