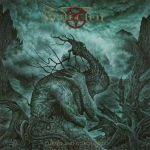 PROTECTOR from Germany never became as famous as their country mates KREATOR, SODOM or DESTRUCTION. At least not outside Germany. Maybe the band was just a little bit too late, when they released their first demo tape "Protector Of Death" in 1986 the other mentioned bands already put out full-lengths. But musically PROTECTOR were in no way inferior to the German triumvirate of Thrash Metal. During 1990 PROTECTOR released the 12" EP “Leviathan’s Desire”, the first studio recording with live vocalist Oliver Wiebel, who used to replace the original vocalist Martin Missy when he was not able playing gigs due to job wise reasons. The band changed not only the shouter, but also their style, more Death than Thrash Metal. Which made PROTECTOR one of the most important bands not only to the German Thrash but also Death Metal underground. In 1993, after some line-up changes, the album "The Heritage" saw the light of day. I guess some Metalheads are still wondering what this album is about. Progression or regression, a premature work of an unstable band or a misunderstood and underestimated masterpiece? Whatever, the band split-up one year later. Both releases ("Leviathan’s Desire" and "The Heritage") were re-mixed by Patrick W. Engel and re-released early this year on High Roller Records. Around 2006 founding member Martin Missy, meanwhile living in Sweden, started the cover band "Martin Missy and the Protectors". This outfit was the core for the re-union of PROTECTOR in 2011 and responsible for the first album after 20 years, namely "Reanimated Homunculus". By the way, a pretty fitting title! A rumbling mix of Death and Thrash Metal, produced in Sunlight Studios by Thomas Skogsberg. On the follow-up "Cursed And Coronated" the band completely left the Death Metal parts aside and went back to to the late 1980s. Pure Thrash Metal in the vein of the above mentioned German trio, especially SODOM. More than once "Agent Orange" came to my mind. Technical skills above average, fast-forward riffing and dynamic songwriting combined with a raspy voice. Just listen to ‘Six Hours On The Cross’, if you do not feel the urgent need to bang your head to this track, you are probably visiting the wrong page. Same goes for the whole album, no fillers detected! www.facebook.com/protector.666not777, www.hrrecords.de