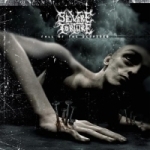 The new addition to Earache’s label band roster is the Netherlands – based band SEVERE TORTURE. They have been perturbing our senses with decently penned Death Metal since 1997. Their fourth album “Fall Of The Despised” has just been recently released with the highest media expectation I’ve seen for a relatively young Death Metal nowadays. The question here is, do they live up to the to the expectations? The answer is yessssss!!! Honestly, I’ve never been a big fan of their above average Death Metal and especially after listening to their last is-this-a-studio recording + crowd overdubs affair named “Bloodletting”, that at least for me, seemed to be a desperate cash-in release of the Karmageddon Media label before letting the guys go with Earache. I have to shut the fuck up this time around because this is one of the most enjoyable, outstanding and exciting releases of 2005. The usual Cannibal Corpse comparisons does not apply this time at all. This guys abilities have been sharpened 1000% since “Misanthropic Carnage”, just listen carefully to songs like: ‘Sawn Off’, ‘Impulsive Mutilation’, ‘Decree Of Darkness’ (insane riffing!!!) and my absolute favorite ‘Enshrined In Madness’ which is the dirtiest tune on the album. If you want it heavy, technical, utterly brutal and want to make people turn their heads in disgust while cranking up this on your car stereo then SEVERE TORTURE is your best choice. Recommended. Visit their website at: www.severetorture.com or the label at: www.earache.com.