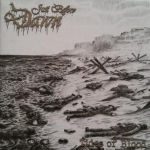 Just before dawn, the cannons roar, the bullets whistle, the exploding grenades are getting nearer – D Day has commenced and JUST BEFORE DAWN follows the allied forces through the beaches of the Normandy throughout the battle for freedom. The Swedish warmachine is back, stronger than ever, still with the solid core of Anders Biazzi and Brynjar Helgetun with legendary Dave Ingram handling most of the vocals on the album, backed up by a good handful of the usual suspects in the JUST BEFORE DAWN ranks as Johnny Petterson, Ralf Hauber, Mattias Parkkila and a few newcomers. We are still getting a solid dose of BOLT THROWER styled Swedish Death Metal, mostly mid-paced heavy as fuck, pummeling on and on. Battle after battle are being presented with precesion, intensity and an ambience thicker than the smoke left by the exploding grenades. The guys keep on writing interesting tunes with great effort, and no real progression as the base is thickly layered in old Swedish Death Metal and a couple of British bands, but damn how do they put the songs greatly together, making them interesting, catchy as hell and hardhitting, it is such an intense album. The production is also hit spot on, as the thick organic sound powers the intense playing, the crunchy and thick guitartone, the pummeling bass and the thunderous drumming, damn that guitartone, so classic Swedish sweet sounding, a perfect crunch for the intense riffing, melodic leads and blistering solos. The addition of Ingram is also a great touch to the overall atmosphere, of course it brings the music a tad closer to the BOLT THROWER sound here and there, though besides that, he has one of the strongest old school growls around, just take the old BENEDICTION albums and "Honour – Valour – Pride", and now this. I thougth JUST BEFORE DAWN would settle with what they had accomplished, and continue like that, though the Swedes have taken me by surprise and turned it up to 11 all over. The music is stronger than ever, the atmosphere is thicker and more smothering, the music is heavier and catchier, the guitar riffs and melodies are sucking you into the world of the band, the rhythm patterns are bonesolid and thunderous and the vocals are slaying, this is war-themed epic Death Metal done well! Get inside the wire here: www.facebook.com/justbeforedawntheycame, https://justbeforedawn1.bandcamp.com, www.rawskullrecordz.org