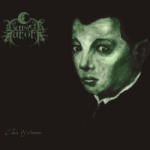 This re-release makes sense for all worshipers of LUNAR AURORA who are missing the fifth full-length by the Bavarian horde in their collection. Or if you just got the CD without the four songs which were only published on the double LP back in 2001. Just in case you are not familiar with one of the most brilliant Black Metal bands I ever came across, a few words. For 18 years and nine albums the band celebrated a very unique style, based on structures and elements the second wave of Black Metal established in the early 1990s. But the band developed their own incomparable style by using synthesizer in some kind of ambient style, unleashing cosmic horror upon the listener. Together with the droning, shimmering, ice-cold chinking and rattling rasping guitar work something very special. The sound is solid to the maximum, like a monolith. But at every time you are able to recognize the different elements of the music. Every single minute of a LUNAR AUROA song bears more atmosphere than other band’s albums, believe me. Sometimes the band reminds me of some kind of black hole, absorbing all and everything nearby and compressing this to an immeasurable weight. Just take a look at the guy on the cover. Can anyone imagine a more sorrow filled person? So if you, for whatever reason, are not familiar with the artistic creations of LUNAR AURORA, this album may be your entrance ticket to an unequaled world of art. www.lunaraurora.de, www.cold-dimensions.de 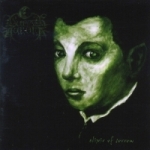 Due to labelproblems, it took about three years from finishing the recordings to the actual release of LUNAR AURORA’s fifth full-length-album “Elixir Of Sorrow”. Reduced to a three-piece, after their session-drummer had left, they probably did work smoother than ever. The album includes ten songs, of which two mark the pillar of this album with their lengths of more than 11 minutes each, three shorter songs and five instrumental pieces serving as links and / or intros and outros to the other songs. The main thing is that despite this description LUNAR AUORA are from the beginning able to build up tension and keep this up until the very last second. And as the title already suggests it, it is a tension of sorrow. There’s simply nothing positive in this recording. Additionally the songs are really catchy, it is even justified of talking about a certain hit-potential, certainly not in the way you would use this term in pop-music but listen to (the in my opinion absolute highlight of this album) ‘Hier Und Jetzt’, first the guitar-line will catch you up immediately and afterwards the keyboard-line that sets in a bit later will hook you to the place where you are. No escape. And this is already the next aspect that makes this Bavarian horde so unique: beside the general flair for basic but deadly riffs, the use of the keyboards puts them miles ahead of nowadays Black Metal-scene. Discreetly used, they are always able to add a certain haunting and bizarre feeling giving most songs rather a cosmic than an earthly appearance. Additionally I’d also like to praise that the booklet is very stylish again: everything kept in fluorescent green / black, especially the first and last page of the booklet capture the essence of the album, the stripping down to the inner-self. And while I still could praise this album for a long time, I have to add that I still prefer the “Ars Moriendi” – album to his one for two reasons: the first one is the production which I thought was nearly perfect on that album being rougher and even more bizarre and secondly because that album even built up more tension throughout the album than “Elixir…” Since the current is nevertheless blowing to pieces at least 90% of nowadays releases no questions remain. 2004 proves that the triumvirate of the German Black Metal-scene (SECRETS OF THE MOON, KATHARSIS, and, of course, LUNAR AURORA) is getting stronger than ever. And LUNAR AURORA still have a full-length and split-album coming later this year. Already this one is a must-have. www.lunaraurora.de www.theoath.it