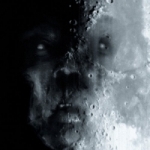 Unlike with most of their previous works, LUNAR AURORA’s seventh full length “Mond” was recorded by a full (four member) line-up this time, while almost all of the band’s last releases exclusively had to be completed by the nucleus of the band, consisting of Whyhrd, Aran and Sindar. But that doesn’t mean that the Bavarian horde has finally solved this problem now, cause in the meantime also drummer Profanatitas (who had already recorded the split 12″ with PAYSAGE D’HIVER with them) unfortunately left LUNAR AURORA in order to be able to focus more on his own project MORTUARY TEMPLE. So, the search for a replacement continues and listening to the quality of the new material this could be an even bigger problem now! “Mond” not only comes up with the best, most professional production LUNAR AURORA ever had (courtesy of Helion Studios in Munich, Germany), it also mirrors a band that has impressively grown as musicians and songwriters over the years! It seems that Profanatitas’ very talented drumming skills have once more pushed the band to the next level in terms of tightness, which resulted in an uncompromising outburst of raw energy! In the tradition of the band’s typical writing style also “Mond” features six rather lengthy compositions (as well as a short intro) of which the album’s closer ‘Grimm’ not only is the longest (approx. ten minutes), but also the most impressive track on offer this time! A very intense, mostly incredibly fast and overall totally crushing Black Metal hymn, backed up with majestic keyboards (only to highlight certain moods of the song more effectively!) and a simple, yet very effective “chorus” that you won’t get rid off once you’ve heard it! Feelingwise this song actually reminds me a lot on the material that LUNAR AURORA delivered on their classic “Weltengänger” debut, just more matured sounding! The entire new album is pretty much straight forward, raw as hell, but always on a very professional level and due to its clever incorporated (and never overused) keyboards often also very dramatic sounding! So, at this point of time “Mond” is the ultimate statement of a grown-up band that luckily never gave a shit about mainstream-, viking-, gothic- or folk-influences and still didn’t end up in musical stagnation nor did they repeat themselves! Release date: September 18, 2005. For more info check out www.lunaraurora.de, while ordering details can be found at www.cold-dimensions.de