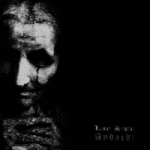 At the end of 2006 we got some amazing Black Metal released. It began with Secrets Of The Moon back in September, and continued with their countrymen Lunar Aurora, though the day of release was 8th of January. I got it in early December, so to me it’s still a 2006-album. And in 2007 there are Watain, Mayhem and Dimmu Borgir (I’ve heard all these at the writing moment and can secure you that these three albums will stand the test of time) releasing masterpieces. But in this case it’s Lunar Aurora’s “Andacht”. Their former album “Mond” was a letdown to me, since the one before that “Zyklus” was a masterwork. And now, “Andacht” is, perhaps, Lunar Aurora’s magnum opus. These German men have added some sounds to their already excellent Black Metal, and these sounds are just what they needed to make the album stand out. The basis is pretty simple with the traditional rather thin Black Metal sound that doesn’t allow you to doubt what category we’re speaking about, and when the main vocal is pretty much the same grim shrieky one that defines most Black Metal releases it just adds to the curse. But, Lunar Aurora have included some monkish vocals that really makes a difference. Towards the end of the fifth track ‘Der Pakt’, the same riffs are played for minutes but due to the two different vocal styles the atmospheres become alien to each other, as well as avoiding me to even get closed to boredom. I’ve listened to plenty of Black Metal the last 20 years, so it takes something extra besides the regular basis in the music. And Lunar Aurora’s “Andacht” definitely has something extra. I’ve mentioned the vocals. But throughout the whole album there are sounds, be it haunting keyboards or different types of effects / sounds. And these elements do make a lot of difference. You should listen to this on your stereo a few times before you allow yourself to digest the music in headphones. This way you’ll adjust to the music before you assimilate it… www.cold-dimensions.de