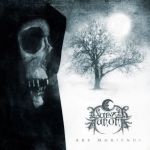 Reading about LUNAR AURORA I noticed, this band has been bothered in interviews or reviews constantly with one statement / question: “With what band would you and your style most likely line up with?” Most of the re- and interviewers answer their questions immediately themselves. By dropping names like EMPEROR, CRADLE OF FILTH or SECRETS OF THE MOON. And I can’t help myself but think, the reason why those people take such comparisons might be related to the simple fact that LUNAR AURORA are capable of using synthesizers as well as the other stated bands. Cause it’s neither the songwriting nor the lyrics nor anything around the production. LUNAR AURORA has always been something very unique not just for the German Black Metal scene. Even though most bands on this world pretend not to give a fuck about others opinions, reviews, critics or anything what comes from outside their circle. LUNAR AURORA really translates it. They of course aren’t free from simple technical and musical laws as other bands too. But they are free from narrow limits. So is “Ars Moriendi”, their fourth longplayer. Recorded in 2000, released in 2001. Re-released in 2005 and 2014 from Cold Dimension. This record marks a transition in LUNAR AURORA’s music. From a raw into the atmospheric form with which they came up with later, on “Elexir Of Sorrow”. Though it was the time when a new, more atmospheric, vibe started to influence Black Metal all over the world. LUNAR AURORA were pioneers here and I don’t feel like they knew what was coming. They worked and proceeded in their circle with a unique and distinctive output. You can say they were part of the breaking dawn of bands like WITTR and similar. Which influenced and created the so called “Cascadian Black Metal”. With its very atmospheric mood and a lyrical focus on nature and the loneliness of men in it. “Ars Moriendi’s” main theme here is death, but they play already with these subjects of nature, the universe and men as its antagonist. Everything very poetic. Like in ‘Flammen Der Sehnsucht’ or ‘Kältetod’. The album is heavy and raw as well as very atmospheric. Accentuated with breaks and synthesizer melodies. Some might say the record is not very clean produced. I feel like it’s just the perfect amount of clarity. Cause personally I don’t really find myself in very dreamy synthesizer soundscapes. But here it’s an add on which is on one hand strong and enfolding and on the other it feels like some evil seasoning which makes the whole thing as bitter and mangy as it still is. On “Ars Moriendi” LUNAR AURORA succeed to prevent both, coldness and brutality of the second wave Black Metal as well as the poetic flame and warmness of nature philosophy and all spirits surrounding of the atmospheric styled Black Metal .Therefore I think you can call “Ars Moriendi” something like a milestone in their discography. Like most of their albums I believe there is no need to say if worth listening or not. You have too! Extra note: when it comes to name dropping. ‘Geist Der Nebelsphären’ reminds me very much of Nick Caves ‘The Mercy Seat’. And I love it. Check: www.lunaraurora.de, www.cold-dimensions.de 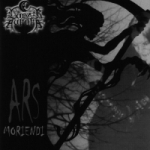 Throughout the last couple of years Germany’s Black Metal hopefuls LUNAR AURORA were quite obviously struggling very hard to step out of the overmighty shadow of their brilliant debut "Weltengänger", which (in my opinion) they never really managed to outdo with any of their follow-up releases "Seelenfeuer" and "Of Stargates And Bloodstained Celestial Spheres". That’s probably one of the reasons why it took me quite a few times of listening to really appreciate their newest album "Ars Moriendi". But now I immensely enjoy it and would even consider it their second best offering, yeah maybe even their most hateful! Instead of jumping on any of the fucked up current trends, LUNAR AURORA based their songwriting even more on the traditional Black Metal stuff that started it all. This is extremely raw, it comes across very dark and eerie and still delivers a true demonic Black Metal atmosphere. An important factor which almost all new polished and perfectly produced releases are totally lacking in! And yes, they still use keyboards, but never to the extend that their material sounds wimpy or anything. Only to get you into a certain mood and mainly pretty much in the background. This is a totally devastating release, which is way closer to DARKTHRONE than DIMMU BORGIR and that, ladies and gentlemen, definitely deserves a lot of respect! LUNAR AURORA never sold their souls to the mainstream, they are a very dedicated and hard working band and every real Black Metal worshipper will easily hear that while listening to the seven new tracks (+ intro and outro). I just wished more bands would play their music with so much emotional input. Cool one.