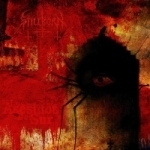 Despite the odd pattern of giving Spanish titles to their albums, this being their fourth since the band’s inception in 1997, STILLBORN do carry quite few elements in their music common to their native Polish peers. Technical prowess, massive production, blast-beats galore and blazing guitar work are all to be found here, resulting in an album that’s definitely a grower. Given some time, what on first glance might seem to be hyper-intensity for its own sake, turns out into something more than just this, with quality, MORBID ANGEL-inspired guitar licks, old school Thrash resemblances and some quite commanding, and hateful, vocal attacks. STILLBORN have been wise enough to keep their songs concentrated outburst of aggression and Death Metal menace that doesn’t tire easily, and one is convinced to believe those should go rather well in a live setting. Now, when ANGELCORPSE had gone dormant once again this here band is a serious contender, especially with the support they’ve secured from Pagan Records (who are distributing this album) and the Godz Ov War booking help. As jaded as we all have become, this is an album worth looking for. www.stillborn.pl, www.paganrecords.com.pl