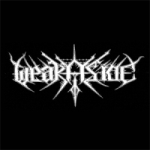 WEAK ASIDE. Another German Death Metal band that keeps up with the tradition set by bands such as MORGOTH, OBSCENITY, APOPHIS and TORCHURE. Besides their "Fire At Will" demo 2007 and their excellent "Ghostleader" debut album from 2010, they have just released these 3 songs, that continue their style of mid-paced brutality. I find it incredible that a band formed in 2006 can accomplish the sound and especially, the vibe from the early 90s. The production, the song structures, the riffs; everything is set perfectly to crush your skull with their brand of Death Metal. The execution is flawless. The guitars have a razor-sharp edge, a pounding bass that explodes through the mix and brilliant drum-work. The vocals are great, ranging from a deep growl to a John Tardy-like grunt. The new tracks, ‘Spawn Of Hate’ and ‘Alive’ showcase how WEAK ASIDE is evolving and projecting themselves into the future, although retaining their signature style and adding a lot more variety, tempo changes and melody. The third song, ‘Fire At Will’ is a re-recording off their demo 2007. And even though it is the same song, now it sounds better and more focused. Luckily, these songs will be available online via Facebook and a new site that is currently being created. Again, I just can’t recommend WEAK ASIDE’s music enough. I can see this band becoming an instant classic and a reference for German Death Metal in the years to come. A band that deserves all your support. All further info can be found here: www.weakaside.de