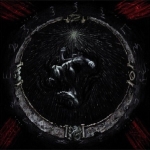 Mexico is a country full of great artists, from painters, musicians and writers to filmmakers, architects, etc, and it has imported some great Metal acts over the decades. I can’t recall a single underground Metal fan that hasn’t heard about at least 1 iconic Mexican Metal act. From the likes of early CENOTAPH, SHUB NIGGURATH, TOXODETH, MORTUARY, THE CHASM, etc. One of the most interesting acts coming out of this country is (without a shadow of a doubt) INFINITUM OBSCURE, founded by Roberto Lizarraga up in the northern part of Mexico, in the city of Tijuana (the biggest border in America, connecting USA with Mexico, my wife comes from that city so it’s a special place for me), back in the year 2000. But it took the band 3 years to release their first split with another great Mexican act ANCIENT GODS, and right after that release the band never showed a sign of slowing down. On the contrary they developed their own sound way before other bands from over the world started to sound a bit similar to what they did back in 2006. INFINITUM OBSCURE is (was) a forward thinking band and with every single album you can hear how the band went a step ahead each time and developed a mature sound, full of a twisted and oppressing darkness beauty with creepy melodies and big instrumental passages. This evolution started to be more noticeable when they released their highly acclaimed “Sub Atris Caelis” album, and what a magnificent record it is. While compared to THE CHASM’s latest opus, INFINITUM OBSCURE was more into the basic song structure with catchy passages, so the album received a big praise all over the world and left the hardcore and new fans wanting more. Roberto went ahead and formed another great Death Metal act called OMISION (check them out too) while crafting the next INFINITUM OBSCURE attack. Now, 5 years after their marvelous second album, INFINITUM OBSCURE gathered forces again with the mighty Deathgasm and (now) the mind blowing Doomentia to release their 3rd (and final) opus named “Ascension Through The Luminous Black”. So what can you expect of these 5 years of silence? Is that wait long enough to make a great and untouchable album? Well, my friend, the answer is: HELL YES! While retaining the atmosphere from their previous album, this new record displays a wider melodic spectrum and fewer vocals, even experimenting with some drone / reverb voice effects and more acoustic sections. The lead sections are huge this time with some hypnotic chord progressions that resemble Arabic / Middle East folkloric sounds. The slow passages are unbelievable as most of the bands abuse of those to display weird and high speed scales, but INFINITUM OBSCURE is more than that, they just give you plain obscure chills from the alternate picking riffs and background melodies. The sound of the record is very organic. You can hear clearly that no tricks were used here, no copy and paste, no triggers, no nothing. You can even here slight cuts and noise between riffs as it was recorded in the most natural way possible. The intros to the songs are just… I don’t have another word to explain it but… beautiful, majestic and hunting. The songs flow like they mean to, it takes you through the infra world to the luminous black. It is a real shame that after all these years in battle INFINITUM OBSCURE is no more. But they left this world in a high note and with a spectacular album full of dark force and headbanging moments. Hail INFINITUM OBSCURE!!! Pay respect to this outstanding band, visit www.facebook.com/infinitumobscure, www.deathgasm.com and buy the damn record right now.