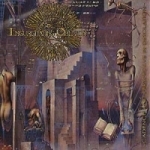 "Who the hell are INGURGITATING OBLIVION", you might ask yourself. Well, remember the crazy East Frisians OF TREES AND ORCHIDS? The band changed their name as it didn’t represent their stylistic approach anymore. That is: brilliant technical Death Metal in the vein of MORBID ANGEL and IMMOLATION. "Cadence…" is their contribution to a split CD with Death Doomsters SENESCENCE called "Harvest" which will be out soon. "Cadence…" is supposed to be sent out to record companies or if you don’t like the style SENESCENCE are playing (approx. early MY DYING BRIDE), you might get this CD-R as well from INGURGITATING and I really have to urge you to get either the split or this very CD as long as you’re into brutal Death Metal: these guys kick some serious arse! The CD starts off with an intro taken from an original Aleister Crowley speech, very atmospheric, especially when the acoustic guitar joins for a while. Then, a short intro called ‘A Poet’s Fingernails’ (an intro followed by an intro?! – Frank) makes you think of MORBID ANGEL immediately – heavy and powerful as a rhino! ‘Descent To The Temple’ and ‘Nothingness’ are tracks the way we know and love from their days when they were still called OF TREES… – yet, their skills have improved immensely, the tracks are both fast and verrry heavy, long and there is this atmosphere of madness making me dizzy and shiver. We even have guest vocalists again. This time, it’s Holger and Tim from SENESCENCE which means: pure aggression, no female vocals (there are actually people who don’t like that "Gothic" touch)! These guest vocals remind me a lot of NILE: three different sounding growlers plus, of course, guitarist’s Florian’s Black Metal style singing. The last track, ‘Slumbering In Relativity’, is even more straight and brutal than the rest (if you consider INGURGITATING’s technical approach), although they again didn’t manage to cut this one short (thank god! or Satan! or the band). For the whole story take a look at the INGURGITATING studio report. If you want madness and brutality: there is NO excuse for not ordering this CD right now. In case you run a good label: get in touch! There are no CD’s I have listened to as often as this one and I think until the new NILE or IMMOLATION CD is released, this will block my player. And, mark my words: INGURGITATING OBLIVION are NO copycats at all! www.oftreesandorchids.de, thought-cathedral@gmx.de