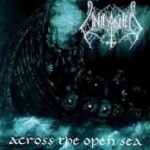 This was actually already part of the first bunch of Century Media’s re-releases, but due to the fact that we received it now, it ends up here… The album’s title got printed with a different font and reduced a bit in its size. The front-cover turned out a lot clearer and you can see the entire ship now (as opposed to only a part of it, which was the case on the original CD). On the backcover the tracklist is centered now (also printed with a different font) and the whole background art got replaced by another one. Just like with the original release, the booklet is also of the foldout type and all lyrics are featured. Instead of the two promopics and the thankslist (which is missing now) you get a whole bunch of full coloured live pics. The flipside of the foldout booklet features the album’s artwork in its entirety. Bonus material: the band’s promo video for the track ‘The One Insane’.