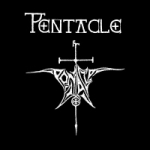 Seven long years have come and gone since the last two PENTACLE releases, the "Under The Black Cross" full-length album on Iron Pegasus / Ibex Moon Records and the "Archaic Undead Fury" EP on From Beyond Productions. And I wouldn’t really be surprised if some of you already got the impression that the Dutch old school Death Metallers had split up because of that. But fans of the band will be pleased to hear that this is not the case at all and that PENTACLE have finally returned with full force now. There’s no less than three split releases coming up in the next couple of months that are simply way too good to be ignored. And since the entire material has been recorded in just one recording session we figured we should give you a little preview on what’s to come right here, right now already! PENTACLE have always stayed true to the roots of extreme music and luckily this hasn’t changed in 2012 as well. Instead of going for a more modern sounding production with triggered drums and pro tools the band went the total opposite and recorded the material live in the studio. According to vocalist / bassplayer Wannes, it’s all first takes, so this should be another hint why the stuff sounds so fresh and raw to the bone. The sound is just perfect and you really can feel the band’s incredible energy! PENTACLE 2012 are definitely still as old school as you can get these days, but never to the extend that it sounds fake or retro. They simply have this music in their blood and that is perfectly reflected in the fact that PENTACLE have never been one of those bands that sound "typical American" or "typical Swedish"… they were (and still are) more inspired by the very early days of Death Metal. The five songs they recorded recently come up with a strong HELLHAMMER / early CELTIC FROST vibe in the riffing (no surprise if you know that this has always been one of Wannes’ alltime faves), while the vocals are as bestial as ever, if not more. If POSSESSED’s Jeff Becerra or Martin van Drunen (during his PESTILENCE days) would have joined CELTIC FROST in the very beginning (right after they ended HELLHAMMER) and if they brought along some of their old band’s influences, you’d pretty much get what PENTACLE are musically up to. Add to that some MANTAS / early DEATH, a little bit of the MASTER / DEATHSTRIKE D-Beat and the raw intensity of early DISCHARGE (minus the Hardcore vibes) / REPULSION and there you have it. To me there’s no real standout track among the five new tunes, but that doesn’t mean I am disappointed by them. Not at all! They simply get delivered in the same high PENTACLE quality and often come up with a quite lengthy playing time (approximately around six minutes). In case you need some more details on which songs will appear on what kind of releases, let me tell you that ‘The Bloodless Eye’ and ‘Four Poisoned Tongues, Four Poisoned Arrows’ will be out on a double split EP with ETERNAL SOLSTICE. This will be the first one to come out soon on Dark Descent Records. After that Iron Pegasus Records will take over and release ‘Five Candles Burning Red’ (on a split EP with MORTEM) and ‘Ritual And Darkness As One’ and ‘Pillars Of Black Flames’ on a split 12" EP with SADISTIC INTENT!! So, as you can see, PENTACLE are even in good company on all those releases! The only disappointment for people like me is the fact that this is all vinyl only stuff, so even in that department the band sticks to the roots of Metal! To sum it up: if you’re into old school Death Metal the ancient way, you gotta add those 3 EPs to your shopping list and keep an eye out for them in the upcoming months. PENTACLE are back with a blast and you better believe my words! More info at www.pentacle.nl, www.iron-pegasus.com, www.darkdescentrecords.com