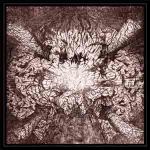 After leaving ASPHYX, bassist / vocalist Wannes Gubbels managed to lay down some new tunes with his own band PENTACLE which were loooong overdue considering the fact the Dutch Deather’s last album dates back to 2005 (!!!). Now, Iron Pegasus present us with a kick ass EP consisting of five tracks total recorded in 2012, three of which have been used on previous splits with the mighty MORTEM or country mates ETERNAL SOLSTICE. Musically, the primal, archaic and ancient Death Metal, PENTACLE always represented has not changed a bit, there is still plenty of HELLHAMMER / CELTIC FROST groove and riffage, elements akin to early DEATH or PENTAGRAM (Chile), POSSESSED in the faster sections, all held together by Wannes’ 1:1 Martin Van Drunen like vokills and an obscure, awkward songwriting that denies itself from churning out plain “hits” as ASPHYX e.g. does. Clocking at 5 – 8 minutes each, PENTACLE’s songs on this MCD are old school from start ‘til finish yet blessed with enough compositional twists and turns to not fully reveal themselves to the listener during the first spin. One could say: they can’t handle straight and memorable Death Metal all too well, and yes, to some extent that is true, however, they also manage to nail down an atmosphere I personally find hard to resist as all that straight, hook-driven and catchy old school Death Metal quickly bores me. “Five Candles Burning Red” sees PENTACLE continuing totally in that fashion, delivering killer riffs yet never turning any of the five tunes into a direct smasher such as ‘Immolated In Flames’ from the amazing “Ancient Death” EP. Actually, personally I dig PENTACLE for exactly that, that contradiction between sounding old yet unpredictable. For a future album, adding one or two straight songs that hit bone right from the start would not be a bad idea, but increasing the gloomy and weird elements in their sound to achieve a dark, complex and still totally “ancient” sound is equally important. ASPHYX or HAIL OF BULLETS doubtlessly are the best to-the-point Death Metal acts the Netherlands have to offer, PENTACLE are the best for underground Death Metal gourmets who are not pissed off if a delicacy unfolds its true taste at the second bite. www.pentacle.nl, www.facebook.com/pages/pentacle/86420806112, www.iron-pegasus.com