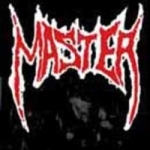 When I got the info that Displeased Records was gonna re-release the first two MASTER albums, I was a bit skeptical at first and couldn’t really see the necessity of such a project. I mean, from what I remembered both albums were pretty much unsalable for a really long time due to obvious lack of interest from almost everywhere. If you noticed them in mailorder lists or second hand stores overhere, prices were always very low. No wonder if you remember that the band’s old company Nuclear Blast was spitting out Paul Speckmann releases like crazy back in the early 90s (MASTER, ABOMINATION, DEATH STRIKE, SPECKMANN PROJECT etc.) and by that damaged the man’s career more than anyone else. So, I figured that coming up with re-releases of 1990s debut full length "Master" and 1991’s follow-up "On The Seventh Day God Created… Master" could easily turn into a financial desaster for the Dutch based company. But the whole situation had obviously changed over the years and what once used to be dust collectors in the shelves of record stores had become rare, heavily sought after items in the meantime. So, re-releases seem to be more than justified these days in order to make both albums accessible for reasonable prices again! If you shouldn’t own the Nuclear Blast originals, let me tell you that the self-titled debut full length almost exclusively comprises of eternal MASTER classics (most of them had already been written way back in 1984 and 1985): ‘Funeral Bitch’, ‘Pay To Die’, ‘Unknown Soldier’, ‘Master’, ‘Re-Entry And Destruction’, ‘Pledge Of Allegiance’ or the instrumental ‘Terrorizer’. Even though I still prefer the originals of these songs (re-released through From Beyond Productions as the "Unreleased 1985 Album"), it’s still very enjoyable to listen to them again in these versions here (by the way – this re-release features the original mix of the album for the very first time, that finally includes all solos and the original drumsound). To me, only the short bass solo, that leads into the BLACK SABBATH cover ‘Children Of The Grave’ always seemed a bit out of place on here… MASTER’s simple, yet very effective style and their unique drum beat quickly set them apart from the masses of Thrash bands at the time and influenced countless Death Metal bands in the years to come (even though most of them probably aren’t even aware of this themselves). Just like the original version, also this re-release has not much to offer when it comes to the CD booklet (which is a pity)… Additionally to the lyrics only one live pic and some short liner-notes were added, while the bonus DVD comes up with two 1990 live shows (about 50 minutes each) from Zaandam (NL) and Ludwigsburg (GER). Unfortunately the quality is only of the typical bootleg type, but for MASTER diehard fans of course pretty interesting nevertheless. All further info you will probably find here: www.master-speckmetal.com, www.displeasedrecords.com