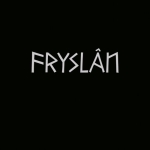 This compilation took a long time, according to the info. The idea was already born in the old millennium, but it wasn’t finally realized and finished until Millennial Visions put this 12” vinyl EP out now. What’s the idea of “Fryslân”? It was intended to give an overview on Black Metal from Frisia, a historical area both in North Germany and the Netherlands. That’s why the compilation was named after Frisia in its own language. It features four bands, one Dutch from the province Friesland and three from the German part, called East Frisia. The time it took to compile is the time the four songs span, with the oldest material from the end of the 1990s to brand new stuff. First we have BLAKHARAZ, who split up after releasing an EP in the old millennium already, with an unreleased song called ‘Blutroter Regen’. Maybe this is the weakest track here, for it has not much that remains in memory. Only average Black Metal, I’d say. But with FUNERAL PROCESSION, we have a remarkable extremely raw and primitive Black Metal offering that would fit the Norwegian originators of the days of old very well. ‘Lost In The Cursed Forest Of Olde…’ ravages through the woods like there’s a whole forest to be cut down. I don’t know whether this one is typical for FUNERAL PROCESSION, since I don’t know any of their other releases (one self-titled album in 2006, two splits and three EPs), but on this compilation, it’s a highlight for sure. MANZANAR were a very short lived extreme Black Metal band of the late 1990s, who only recorded rehearsals during their active time. ‘Mandatory Killing’ is one of these tracks, it’s not featured on their recently released post mortem EP. Filled with some samples, this song is a hyperspeed wrecking ball with a super raw sound. And that’s no wonder when you take the circumstances of the recording in concern. The last words on the EP are reserved for the only Dutch representatives here. TARNKAPPE sing in their native language, ‘Aan De Aarde Gebonden’ will not be featured on their full length debut ‘Tussen Hun En De Zon’ that will be out on Hammerheart soon. Their contribution is the one with the most modern style of Black Metal, even though it still is in the borders of the genre. But TARNKAPPE remind more of the second wave of Black Metal in the mid nineties, when a little more melodic and well structured bamds like ENSLAVED for example came out of the cold. To sum it up: the “Fryslân” compilation is a nice overview over the scene in Frisia, past and present, and genre maniacs won’t do wrong to check it out. But don’t hesitate too long, since the vinyl is limited to only 222 copies. If you’re interested in “Fryslân”, check the usual mailorders, Ván (www.van-records.de) is in charge as distributor. Or you might contact the label directly through: millennial.visions@web.de