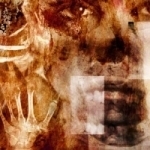 A full decade after the release of "In The Eyes Of Death I" Century Media finally managed to come up with a follow-up compilation and it’s definitely one of the most recommendable ones. First of all, you get 77 minutes of extreme Metal extravaganza, plenty of unreleased material for only around five bucks and secondly a very good insight of Century Media’s Death / Black Metal roster. Especially the "Protector" digi-pack bonus track ‘Exposure’ of DARK TRANQUILLITY, the Brazilian extra songs of KRISIUN (‘Seas Of Slime’) and ROTTING CHRIST (‘Phobia’), the old TIAMAT cover song (‘The Malicious Paradise’) performed by RUNEMAGICK as well as the demo versions of ASPHYX’s ‘Chaos In The Flesh’ and GOD FORBID’s ‘Wicked’ make "In The Eyes Of Death II" an essential item in your record collection for an extremely low price. Additionally there are already known and released tracks by OLD MAN’S CHILD, THE FORSAKEN, CRYPTOPSY, CARNAL FORGE, MORGUL, SHADOWS FALL, BLOODBATH, … AND OCEANS, BORKNAGAR, ARCH ENEMY, NOVEMBRE and EVENFALL. That’s really value for money!